Lifetime has recently announced that their fairly new dancer show, “Bring It!”, is coming back for a 3rd season. And I predict that its ratings will go up and surpass “Dance Moms” VERY soon.
For those of you who haven’t seen it yet, #BringIt! On Lifetime is badass. It features Dianna ” Miss D” Williams & her dance squad The Dancing Dolls from Memphis, Tennessee. Each week her big group of dancers compete as a hip-hop majorette dance squad. She has a battle squad as well who holds some of the best dancers in the “Dollhouse”– what she calls her studio. Oh, and I can’t forget she has the “Baby Dolls” which are her little kids who are just as amazing as the older ones. The competition is fierce but her team is fiercer!! As a dance teacher & dancer, the combinations they learn & memorize are crazy! Further, the battle squad has to know multiple short dances to go head to head in competition. Kayla- the team captain, picks the routine the battle team uses each round. It’s so awesome! 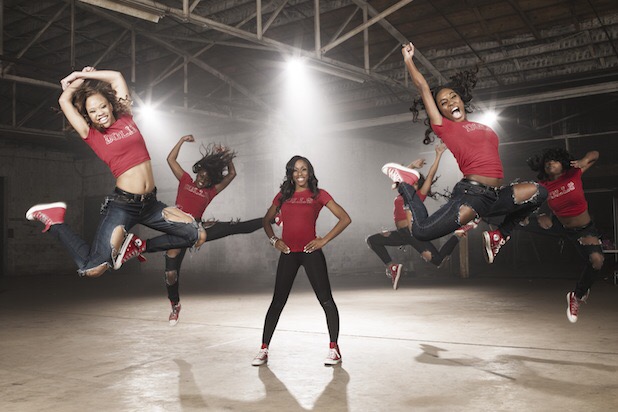 The Dancing Dolls have their fair share of wins and even some losses. In the end, Miss D always tells them to get up and walk it out for next time. She also gives them tough love during rehearsal. Now, compared to Abby Lee and her elite team in ALDC, Miss D seems loud but it makes sense. Abby is loud, annoying & rude at times. Plus, she punishes the kids for their mom’s actions. Dianna has never actually taken out a dancer because their parent argued with another one or even her. As a teacher, I love how she works. No babying, no sugar coating, & clearly no verbal abuse– like what we see often on Dance Moms. Yes, Abby’s kids are outstanding dancers. BUT, most of them don’t go to public school & have a lot more stress on their shoulders. They always worry about Abby’s reaction to scores! The Dancing Doll girls are confident or they get cut from the dance routine and learn to try harder! WOW, what a concept! The kids get their status in the squad on their own, not with mom’s paid privates. Who would have thought?! The parents of the Dancing Dolls don’t even get a room to watch! They stand outside! Miss D has ultimate tough love but all the parents love and understand her… most of the time.

We rarely see any BIG drama between the parents & Dianna. It’s a nice new way to see a part of the dance world. I had to share this show because as a dance teacher I hope more parents will start to watch this show instead of #DanceMoms on #Lifetime. It’s hard when at our studio we get parents who act like THE Dance Moms and want their kids to get everything, even if they haven’t worked for it. You can’t give a girl pointe shoes after 3 years of ballet. DUH! Just like, you can’t be captain of the Dancing Dolls if you don’t BRING It!! Share this post & spread the word, “Bring It” returns in March 2015! DD4L!!